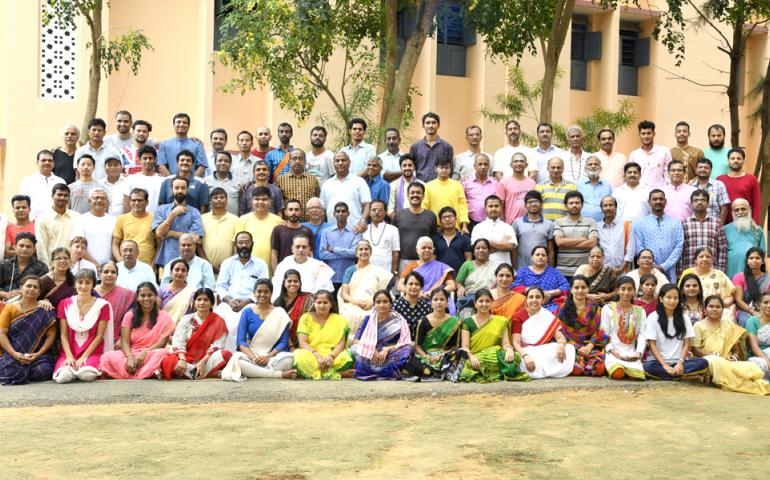 Camp was started with BhajanSandhya and Introductory session, wherein the participants were given orientation for the camp on 21st Nov 2018.

The medium of the camp was in Hindi and English.

The 63 participants of Yoga ShikshaShivir and 19 participants of Yoga Certificate Shivir were organized into Ten different groups, The Names of Holy  River Ganga, Yamuna, Godavari, Krihsna, Kaveri, Brahmaputra, Narmada, Saraswati, Sindhu, Kshipra given  to each groups.

During Manthansession Participants discussed on the subject based on various lecture sessions.

During Shram-Samskar, participants took care of the cleanliness, arrangement and management of the premises, accommodation, class rooms and dining hall displaying team-spirit and selfless service.

The Shivir went on well in a congenial, spiritual atmosphere with moderate discipline and affection.

Many of the participants have expressed their willingness to devote their time and energy for the Service of the society through Vivekananda Kendra. Some are enrolled as Patrons thus joining the large family of Vivekananda Kendra.