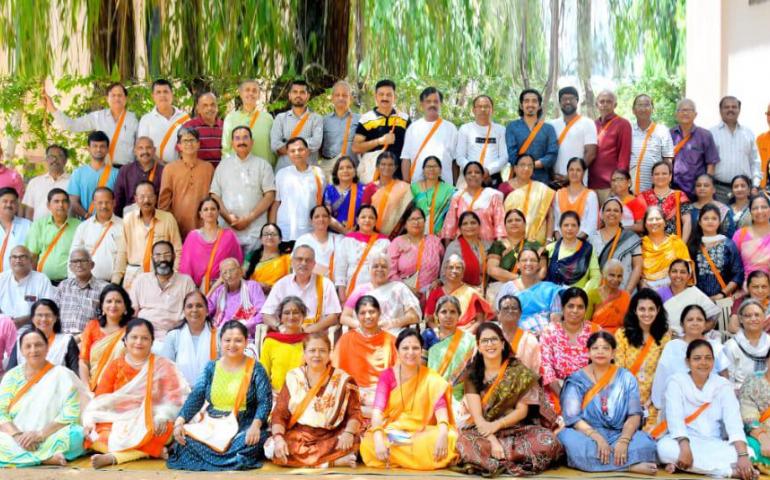 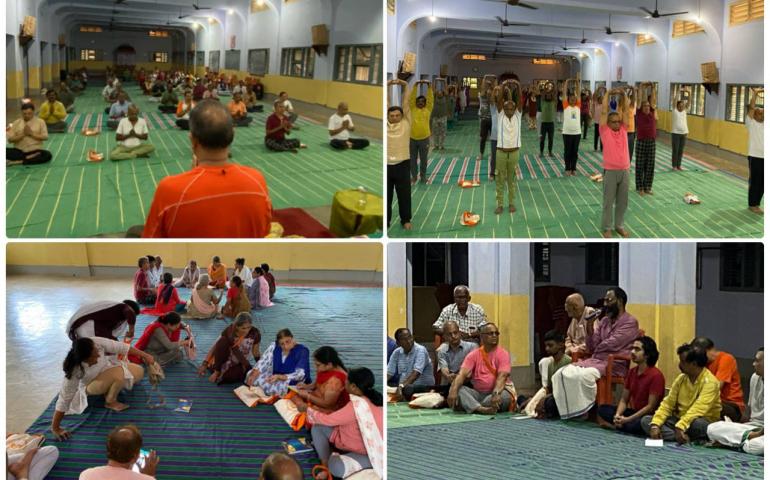 Spiritual Retreat Participants reported on 19th July, 2022 and started with Bhajan Sandhya and Introduction of the Shibir do’s and don’ts, familiarising organising Team to Participants was done.

Mananeeya Rekha Didi gave guidance to the participants in her Inaugural Speech and informed them about the importance of Kanyakumari and the Shibir.

Every day the Kendra activities were taken for 20 minutes during the Prerana se punarutthan.

Yoga:  12 Sessoins including Cyclic Meditation and Omkar Dhyana (it was separately done for Hindi & English)

Every day personal interaction with the Participants were done who were interested in joining hands with Kendra activities.

Interaction with the participants in 3 Groups:

Inspiring Part of the Shibir was all the participants expressed their happiness and willingness to join Kendra with in doing Nation Building activities of Kendra.  17 of the participants have become Patrons and one has donated Rupees One Lakh as a patron.  Organizing Team Members were very happy and energetic throughout the Shibir though 2 of them became sick.

The Shibir went on smoothly and happily by the coordination of the Organizing team and cooperation of the participants.