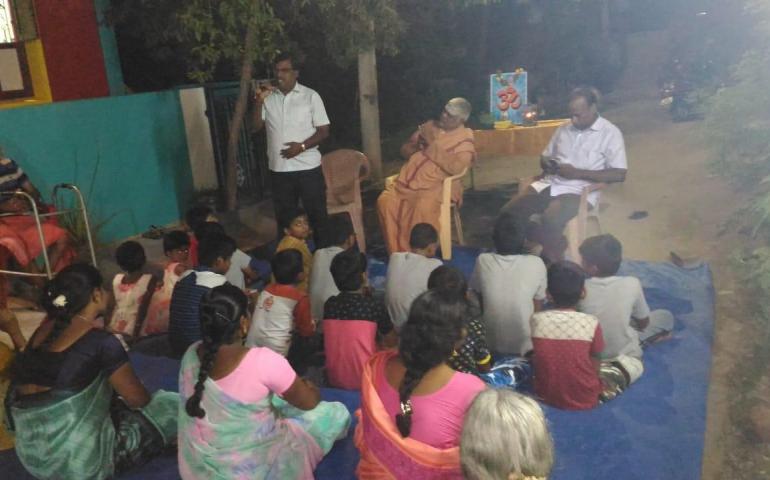 Vivekananda Kendra Kanyakumari, Madurai branch celebrated Saraswathi pooja and Vijaya Dasami at TVS Nagar karyalaya  and Balaji Nagar karyalaya respectively. The sole aim of the programs is to impart the feeling of oneness and national integrity among the people. Saraswathi pooja was celebrated on 18.10.2018. The program started at 4.15 p.m. Our Kendra well-wisher Smt.Saraswathi lit the lamp which was followed by bhajans. Smt.Geetha, former professor, Fatima College shared with us the importance of Navrathri celebrations. 20 people including sanskara varga children took part in the celebrations.

Vijaya Dasami was celebrated on 19.10.2018 at Balaji Nagar karyalaya. The program started at 6.30 p.m. with prayer which was followed by bhajans. Swami Sadasivananda from Vivekanandar Peravai shared how celebrations help in national integrity. 50 people took part in the celebrations.