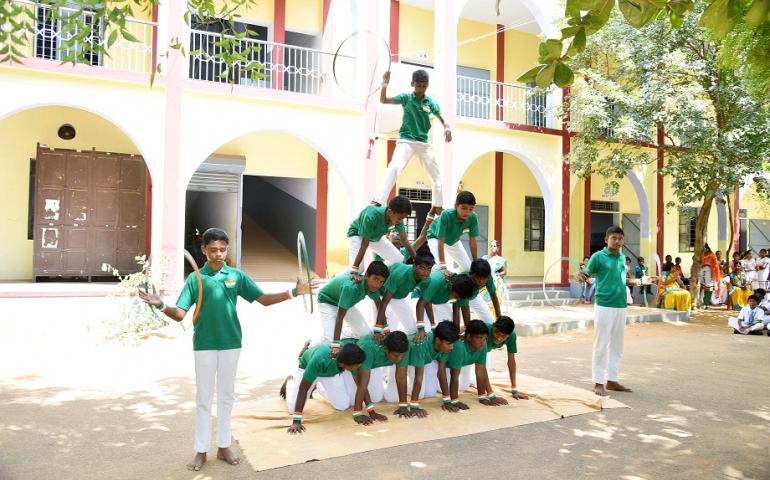 “This Independence day reminds us the struggle of the freedom fighters who sacrificed their lives for our country “
Independence day was celebrated in a grand manner on 15th August in our school campus. Around 800 students, 60 parents and 62 teachers were gathered. The Chief Guest “Mr. Dhamodhar Ex-President, Rotary club of vallioor central” hoisted the National flag Mr. Arumugam Tahsildar retired rotary club of vallioor Central, Sir Chellappa, Dr. Selvandran were the special guests.

Students made the celebration in a grand one by presenting different programmes yoga, karate, hoops, conversation, pyramid and speeches about freedom in Tamil and English were delivered by the students. Inspiring speeches were given by our honorable guests and they awarded prizes to the students who scored more than 95% marks during the last academic year.

After the celebration, sweets were distributed to students and parents. The celebration came to end with Kendra prayer. Our school Principal Mrs. Maheshwari  and Correspondent “Shri. S.K.Subramanian” arranged the function in a grand one.

“We commemorate all the great personalities who had played their important role in the independence of India”.