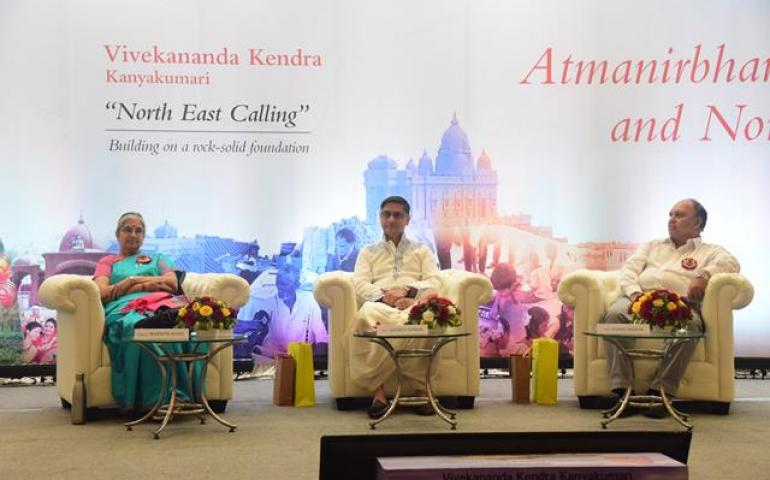 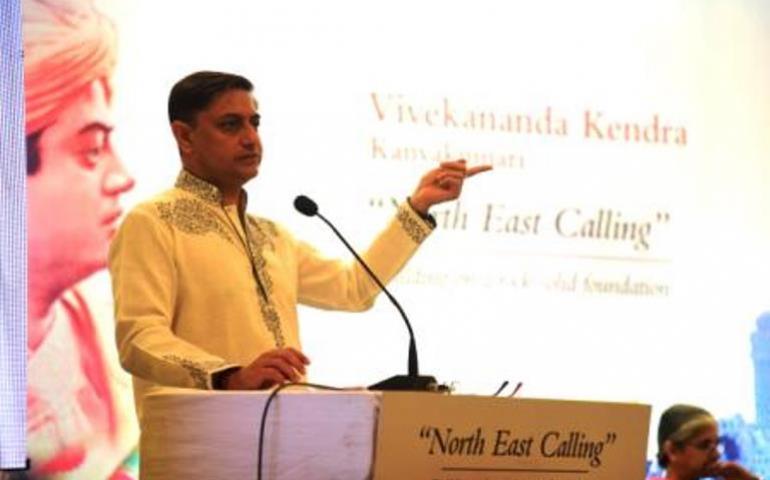 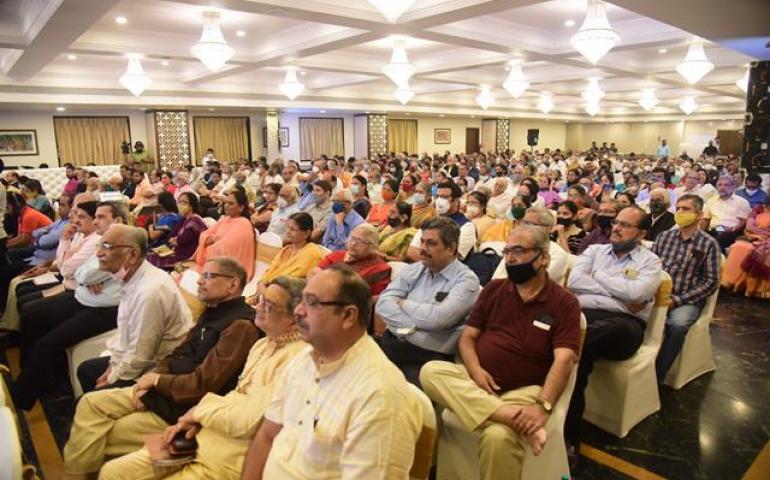 Every year North East Calling Seminar held for raising awareness of importance of that region and development work there. This year the seminar was held on 26 February 2022. Hon. Sanjeev Sanyal, Chief Financial Advisor to Government of India addressed the gathering on ‘Atmanirbhar Bharat and North East’ Hon. NIvedita Bhide, Vice President, Vivekananda Kendra talked on ‘Vivekananda Kendra and North East’.

Hon. Sanjeev Sanyal who is an economist and historian and currently a full-time Member of Economic Advisory Council to the Prime Minister, narrated bonds of West and especially Maharashtra and North East. He told that when Chatrapati Shivaji Maharaj escaped from Agra, Aurangzeb could not fully concentrate on Maharashtra as there was fierce war going on in NE.

Similarly, when Netaji Sibhash Chandra Bose established Govt. of Free India in NE in 1945, there was naval revolt in Mumbai in 1946 when 50 ships were captured by revolutionaries .This put immense pressure on British PM Clement Attlee who decides to free India. Sanyalji rightly referred to Netaji as first PM of free India.

He explained that Atma Nirbhar Bharat does not mean isolating India from the world, but creating infrastructure so that people can develop themselves. He pointed out that the rich countries are rich because they created excellent infrastructure. This year's budget focuses on infrastructure growth. He informed that out of 5 longest bridges in India, three were in NE. He lambasted tendency to rely on Jugad.

It is heartening to know that a person who spent 20 years with Deutsche Bank is on PM's advisory team. He was happily clad in dhoti and kurta and carried it well.

Hon. Nivedita Bhide who is Jeevanvrati Karyakarta of Kendra since 1977 recounted work done in NE as per vision of Hon. Eknathji Ranade. She explained how true Indian Culture of Unity in Diversity is preserved in North East. Kendra carries out activities there based on Seva (service), Sanskriti (culture) and Samanvay (coordination). She appealed to all for contributing to Kandra Karya of Nation Building in North East as well as throughout India.

Madhav Nanivdekar proposed vote of thanks and Smita Puranik ably anchored the function.