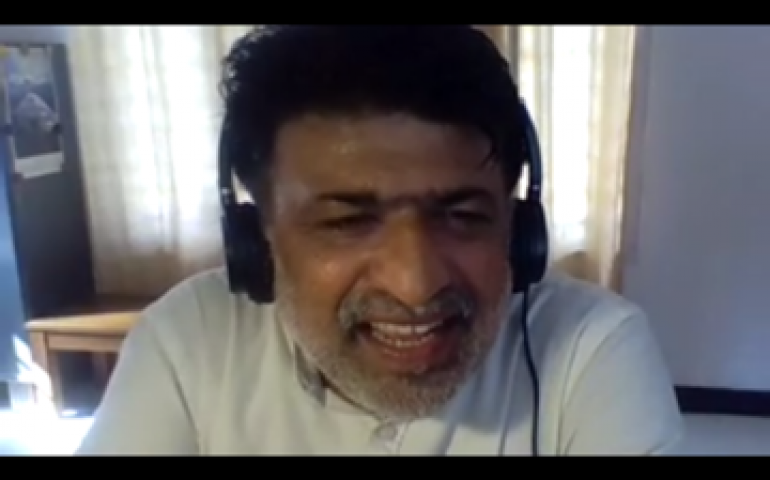 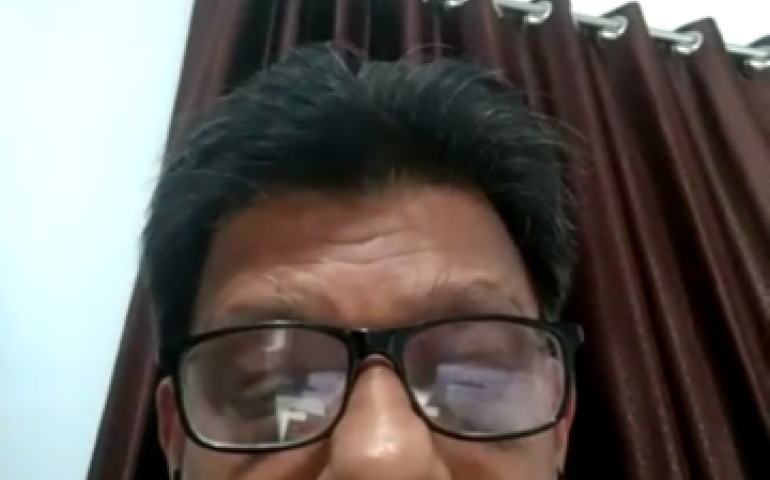 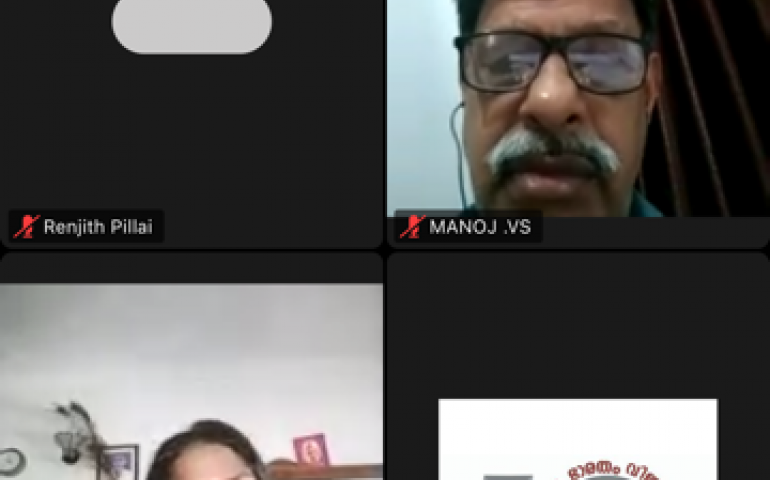 Session started with Omkara & ‘Om Sahana vavatu’ by Kalyani Didi.
Rugmani Ji sung a devotional song on Swami Vivekananda.
The topic was lead by Ajith Basu ji.
• If Sanatana dharma wants to tell anything, it tells correctly from one side and also tells what is the false side from the other end.
• Attaining swarga is a big thing, but Sanatana dharma is much ahead and always helps us to realise that we are ParaBrahmam.
• Nothing is shaashwatham. Everything is time bound. People run around for swargaprapti but Bharatham or Sanatana dharma tells it’s not required. Bharatham tells you are nithyan, you are sathyam and you are shudhan and you are bhudhan. Infact you have already attained that stage of Swargam, it’s only that you don’t realise. In the various stages of time, swargam is just a position to influence.
• Sanatana dharma tells there is nothing called darkness, it’s only lack of light.
• Swami Vivekananda tells there is no untruth in Sanatana dharma. It’s only lower level of truth and then higher levels of truth and finally the ultimate truth or absolute truth I.e., ParaBrahmam.
• In a life, when you get Shanti out of an act or karma with dharma is Swadharma.

Manoj ji added and spoke on the difference between Swadharma & Paradharma.
Understand Sathyam and come out of the fear which is seeded within.

The session concluded with Shanti Mantra by Kalyani Didi