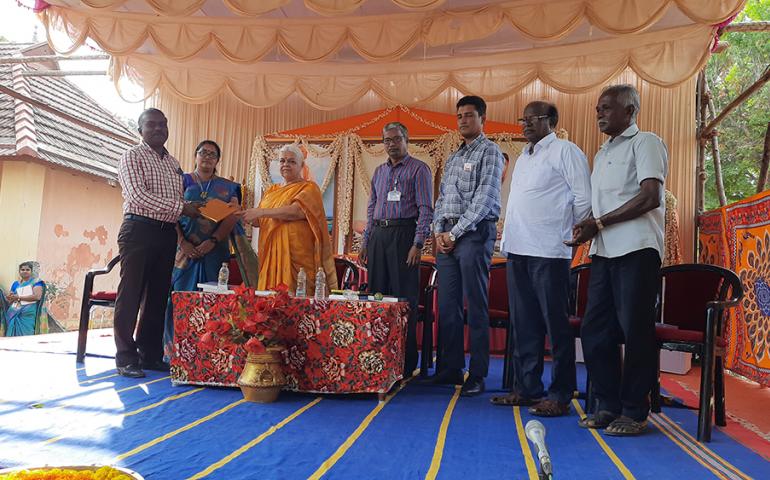 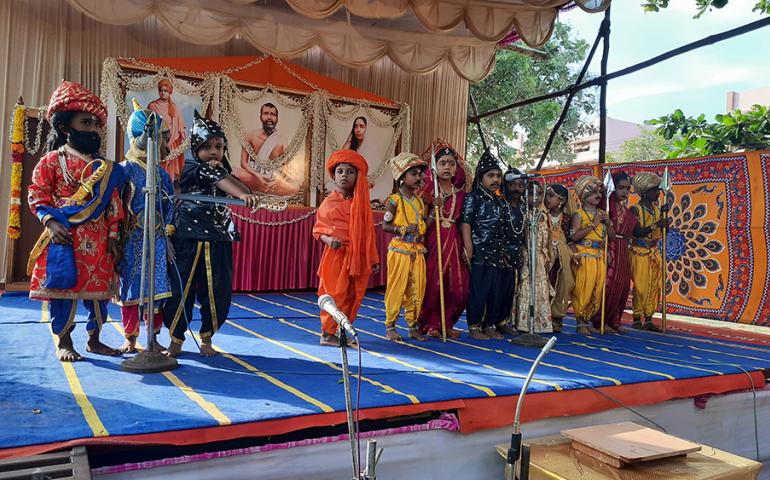 On 12.01.2023 Vivekananda Kendra Vidyalaya Kanyakuamri celebrated three important functions, 160th Janma Diwas of Swami Vivekananda, Annual day of Vivekananda Kendra Vidyalaya and National youth day. The program was initiated by lighting the lamp by the Chief Guest and Special Guest. Then our National song “VandeMataram” was sung. The welcome address and the annual report were presented by Principal of VKV, Smt.K.G.Sariga. The students of classes VII and VIII sang a beautiful a Song in Sanskrit.

Principal of VKV, Smt.K.G.Sariga quoted the sayings of Swami Vivekananda and insisted the students to be disciplined. Students have to work hard until they reach their goal. He also mentioned Dr.A.P.J.AbdulKalam and Dr.Sivan, who succeeded in their life because of their continuous effort.  Students also must have determination.

After the special guest’s address, the prizes were distributed to the academic and E.A.toppers.  The house Vasishta which won the shield was honoured by Mann. Rekhadidi.

The chief guest Shri. P.Pandaram, Senior Scientist of KKNPP, delivered the speech. He insisted students to shine like a star and mentioned the steps to become a star. He narrated the abbreviation of star as

Try to do good things and become a great person and follow the path of Swami Vivekananda.

She told that students must learn many books apart from syllabus. Develop the skills of communication, reading and writing. Devote yourself to do a work or task. Shared few incidents from the life of Swami Vivekananda. The chief guest and special guest were given memento by Mann. Rekhadidi. Vote of thanks was proposed by Shri.S.SanjeeviRajan Sir, Vice-Principal of VKV. The formal meeting came to an end and the cultural programme began.  Our students entertained the audience with their performance. The celebration came to an end with Kendra Prarthana.